Air quality measurements at street level show that Amsterdam streets with heavy traffic contain up to three times more harmful particles than quieter neighborhoods with fewer cars. Utrecht University and Google, in partnership with the City of Amsterdam, are for the first time showing the unique and highly detailed maps that make research into the health effects possible. 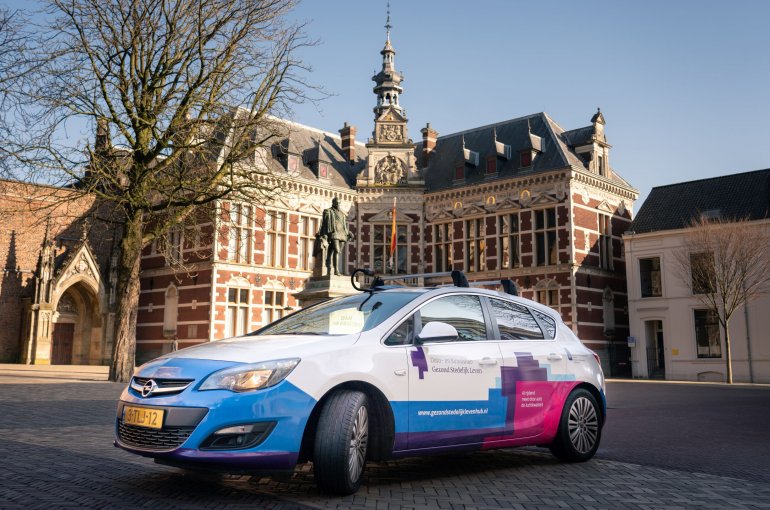 For two years two Street View cars, fitted with advanced air quality measuring equipment, has been driving around all the streets of Amsterdam several times, to map the air quality in Amsterdam. The almost six million measurements show that, mainly due to motorized traffic, the concentration of ultrafine particles, soot and nitrogen dioxide in busy streets is up to three times higher than in the quieter streets of Amsterdam neighborhoods. The maps and data can be accessed via Google’s Environmental Insights Explorer (EIE) and the Data- and Knowledge Hub Healthy Urban Living. 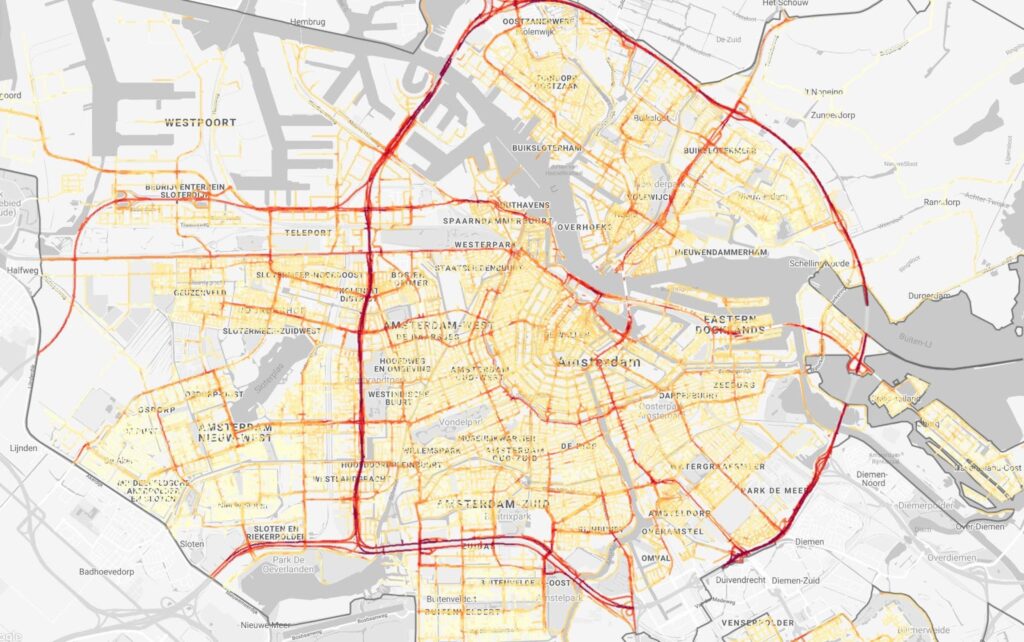 The quality of the air we breathe has a major impact on our health. Between 4 to 9 million people are estimated to die prematurely each year as a consequence of polluted air. Amsterdammers live one year shorter on average by breathing polluted air, according to the GGD.

Cities typically map out air quality with a limited number of measuring stations, but air quality (and pollution) can change block by block, day to day. Many measurements only account for a few regulatory agents. That’s a fragmented picture.

Ultrafine particulate matter, particles of nanoscale size (less than 0.1 microns in diameter) from the exhaust of cars, aren’t among those routinely measured. However, they can penetrate deep into the lungs and bloodstream, and increase the risk of respiratory and cardiovascular diseases.

With Project Air View, ultrafine particles have been made visible for the first time. It is therefore a unique addition to the measurements from the fixed measuring stations that Amsterdam already uses for monitoring and planning.

According to Roel Vermeulen it is crucial to have these very detailed maps of air pollution for an entire city, especially when we talk about the harmful particles that are not regulated yet, such as ultrafine particles. “They are widely spread locally, and this is the first time we can see in detail how. It will give us the opportunity to investigate what the health effects are and whether there is a need for regulation”.

Air View has also been successfully introduced in Copenhagen, Dublin and London. The two Street View cars and the measuring equipment used in Amsterdam have been taken over by Utrecht University. Under the supervision of EXPANSE researchers Roel Vermeulen and Kees de Hoogh, one of the cars will start mapping air quality in Basel for the European research programme EXPANSE.